Posted in: Featured|December 12, 2012No Comments

After my more than satisfying result in 2011, I impatiently looked forward to the results of my participation in the Blende 2012 photo competition, run by the newspaper “Junge Welt”.

Today, finally the winning photographs were published and printed, and I was very glad to see one of my images in there.

This years topics were:

Light and Shadow
Behind the fascades
Womens Power and Mens Dreams

I participated with 3 images per topic, and had one image chosen for the second place at “Behind the fascades”, which I am very happy about.

Here is a photo of the page in todays copy of the newspaper, my image is the one on the top left of the right hand page. 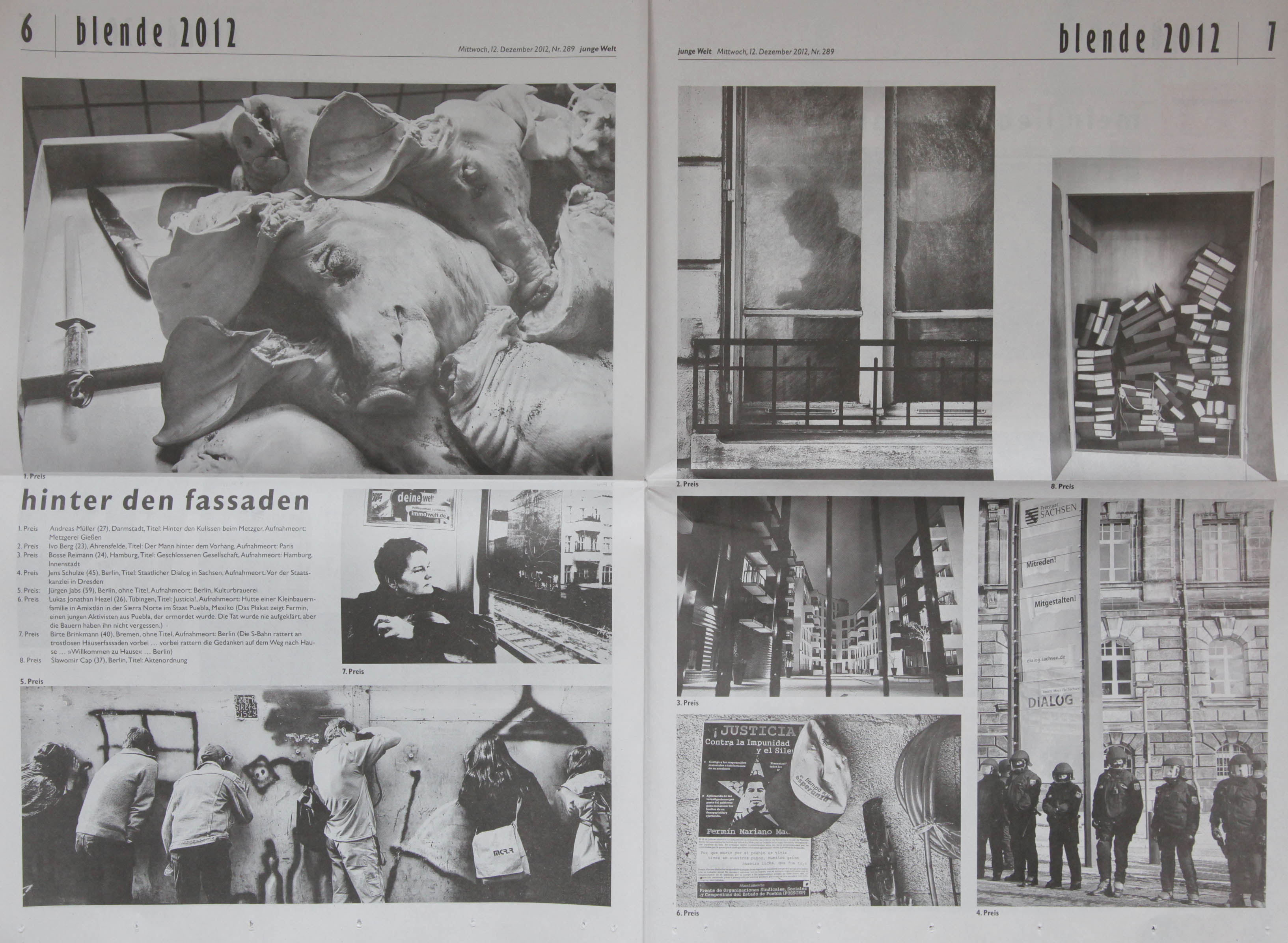 Here is the winning shot in color on Flickr: If you pass a (german) newspaper desk today, have a look if you like.

Featured: “Justitia” and the rainbow

Posted in: Behind the scenes, Featured|July 25, 2011No Comments 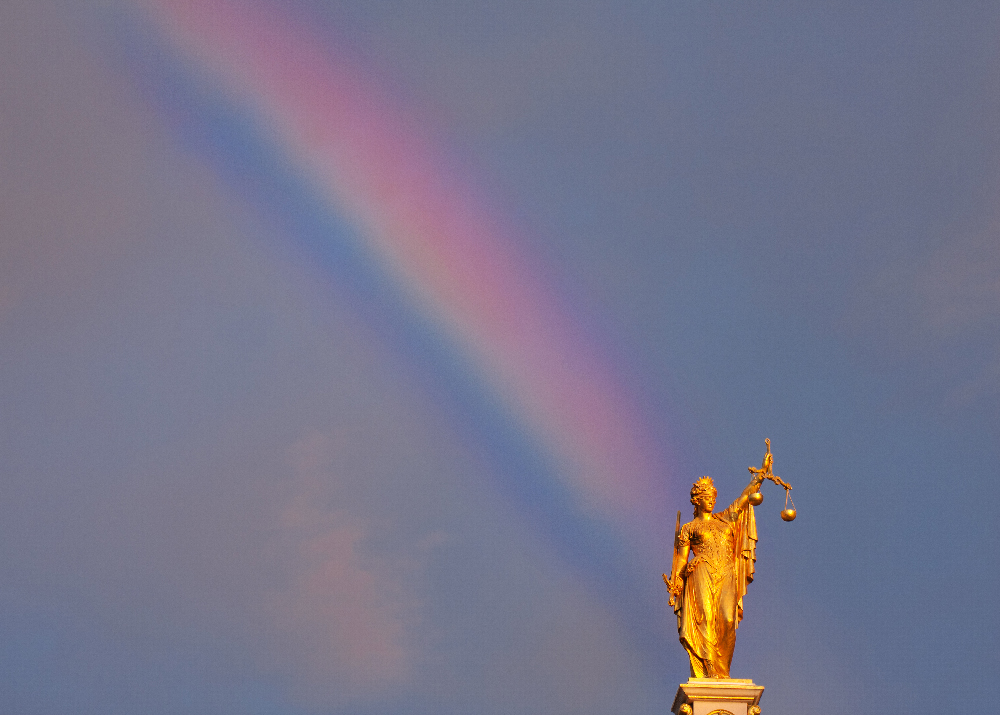 Axel and I went to Bruges the day after my arrival in Belgium.

I had already been to Bruges when I did my Oslo and Belgium trip in April 2011, but only at daytime.
I wanted to come back to shoot it in the dark.

So after we had been to Gent earlier that day, we took the car to Bruges and arrived there at about 6PM.

It was still broad sunlight, and so we walked through the city centre, snapping some shots and waiting for the darkness to come.

At some point we stood at the main square of bruges, the burg square when a guy, seeing our cameras, approached us saying: “Guys, look up there”, pointing his fingers towards the sky behind us.

We both turned and recognized this awesome rainbow at the sky, directly behind the Chancellory with the Justitia on the top.

I took some photos with only the rainbow, before I started moving 5 meters to the left, where the rainbow and the Justitia were perfectly aligned.

I instantly knew that this was a unique photo opportunity, even more incredible since it did not even rain that day.
3 minutes later the whole show was over and the rainbow was gone.

Axel and I hardly stopped talking about this the minutes after, and even though the evening just started to dim, I already had what I came to Bruges for…a photo that was unique and that hasnt been taken before in this so massively photographed city.