Abandoned and Dreamy: Kampot and Bokor 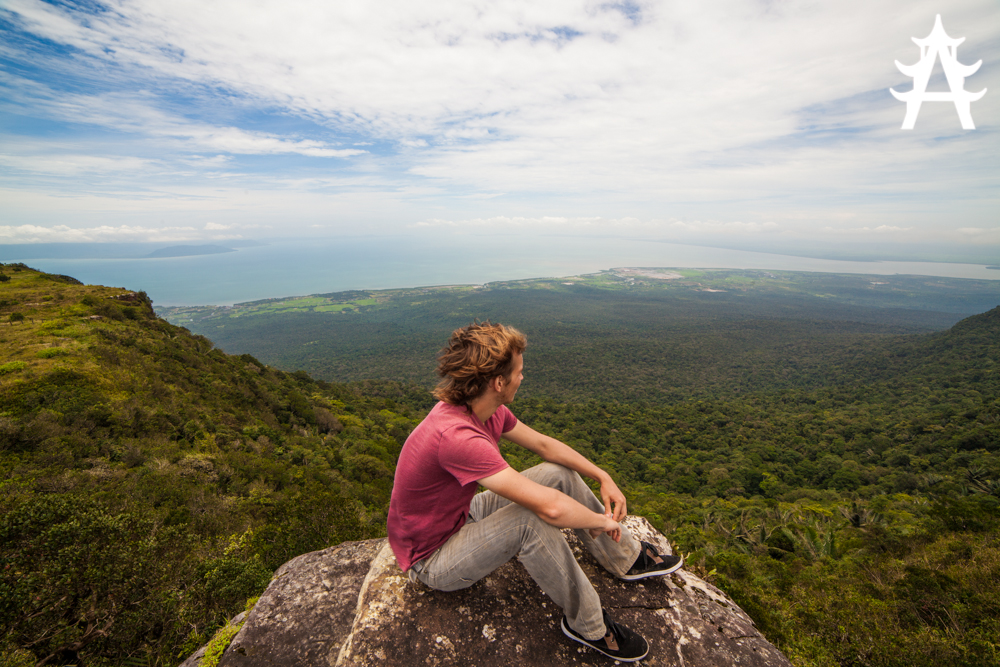 Even though Kampot features the same style of architecture and look as Kratie or Kampong Cham, its feeling is very different from these cities. It may be only me, or the special timing of my visit, but the city seems almost abandoned to me. While the streets in the other cities were narrow, busy and full of people, the streets of Kampot are empty. The streets are wide like french avenues but nobody seems to use them really. The plastic chairs of dozens of local restaurants remain unused and the mototaxi drivers are waiting for the customer that will never come. 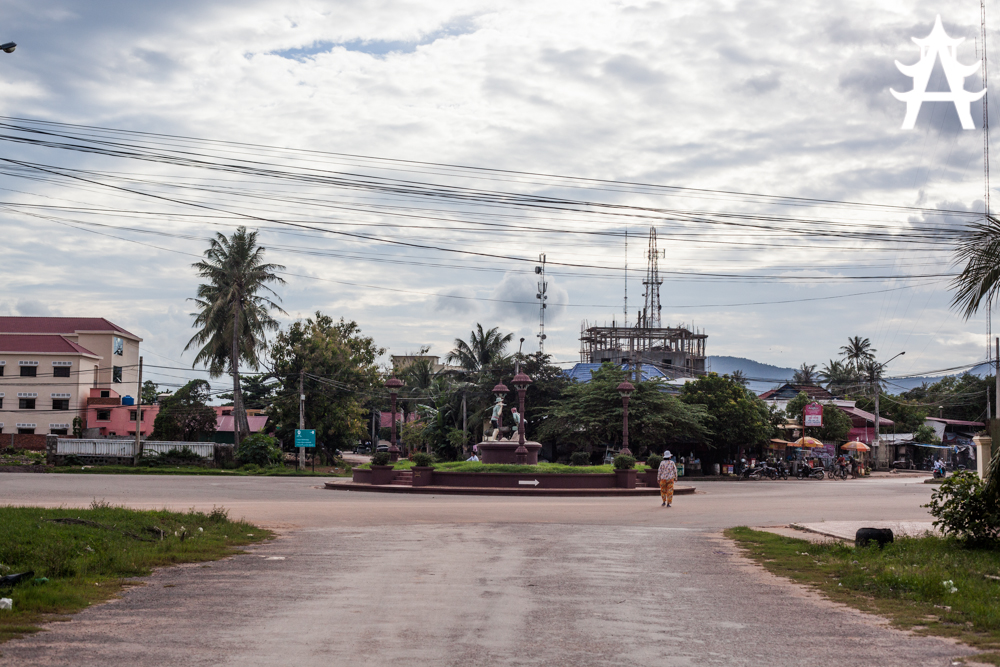 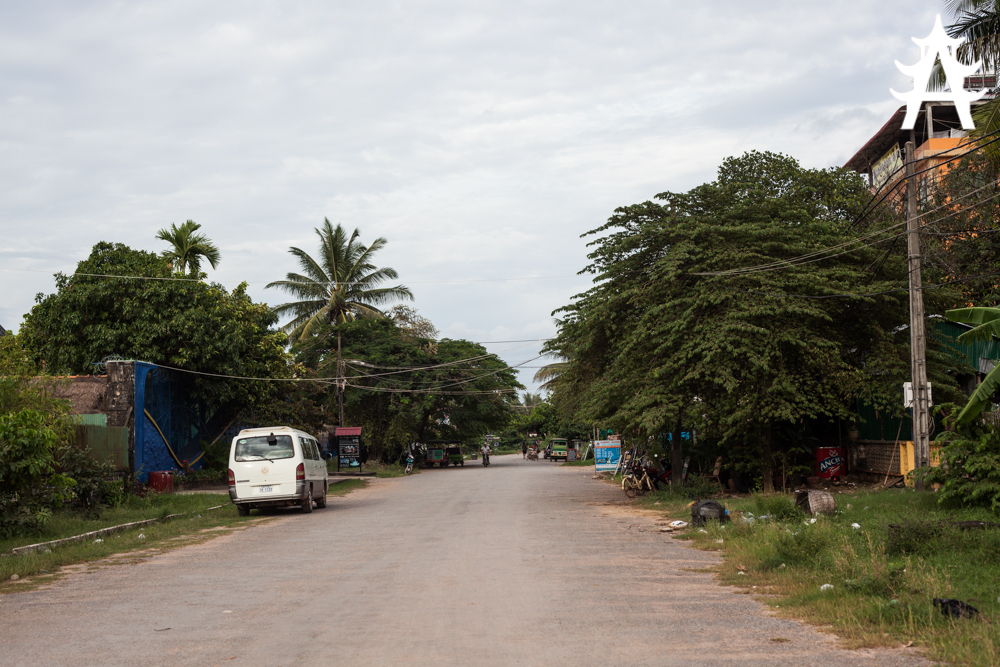 I am living close to Kampots prison 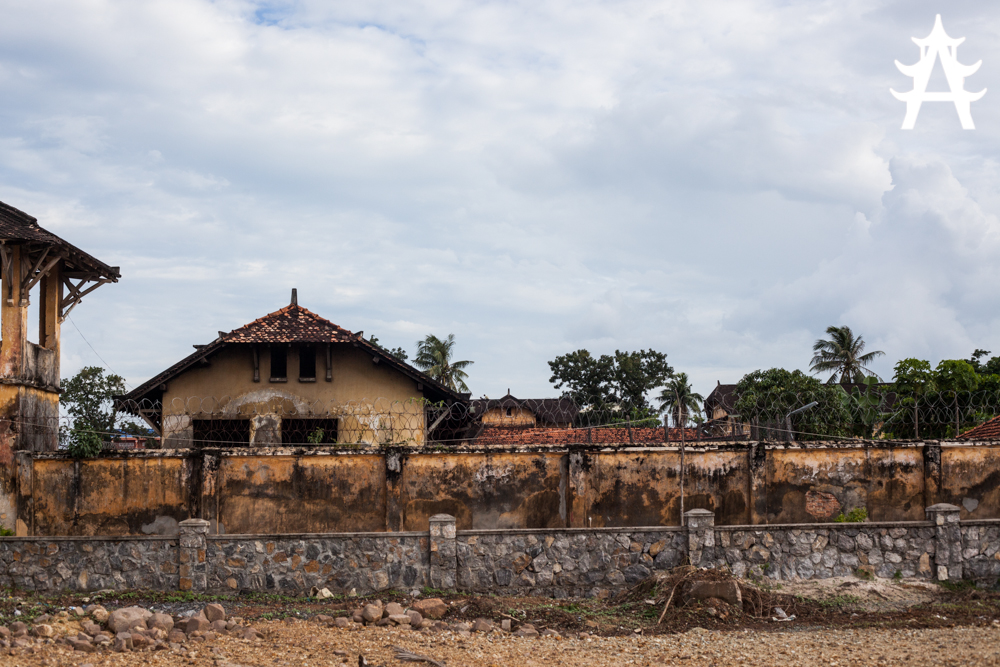 OK granted, the image I am creating here is a pretty negative one but thats just what my impression of this place is. However, I am quite certain that its not always like this.

Firstly its low season and therefore the amount of tourists and local people who work with tourists is lower than during that time. Secondly and perhaps even more importantly, the city is suffering from a less than usual amount of visitors due to the recent political happenings in the country. I don’t want to go into further detail about that  but the situation leads to insecurities on both sides, among the locals as well as among the tourists.

Therefore many travellers seem to have put their plans of visiting Cambodia on hold, which leads to empty guesthouses in places like Kampot. Therefore the city itself is pretty uninteresting from my perspective as there is no life to document.

For that reason I decided to rent out a motorbike today and visit Bokor. Bokor is an area in the Kampot Province that features a rather high hill with a fantastic view on the Gulf of Thailand and a few abandoned buildings from different times. There is also a huge resort and Casino in the middle of being built, which is definitely taking away from the atmosphere.

The view from the top is simply fantastic. I was lucky enough to choose a very good day to go up there as the hilltop is usually covered in thick fog during this time of the year. Today however, the air was only a bit hazy and allowed to see all the way down to Sihanoukville and the vietnamese island of Duong Dong. The abandoned buildings with the popular Bokor Hill Station being the largest were all rather unimpressive due to a lack of interior or any structure whatsoever. What might used to be an interesting place was stripped to its skeleton with nothing left to remind of the times. 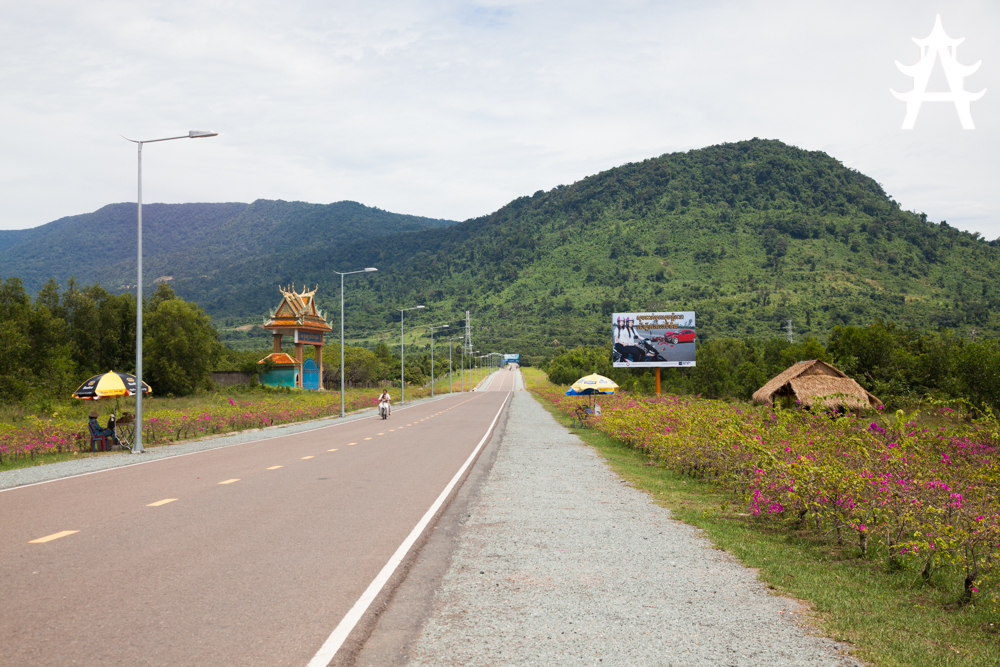 The new Resort and Casino 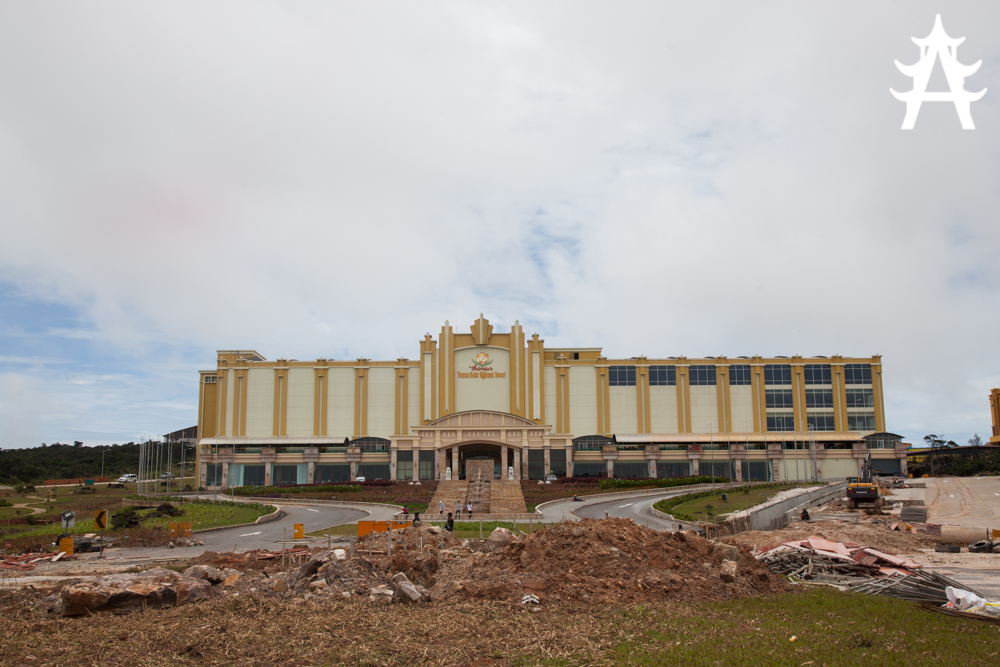 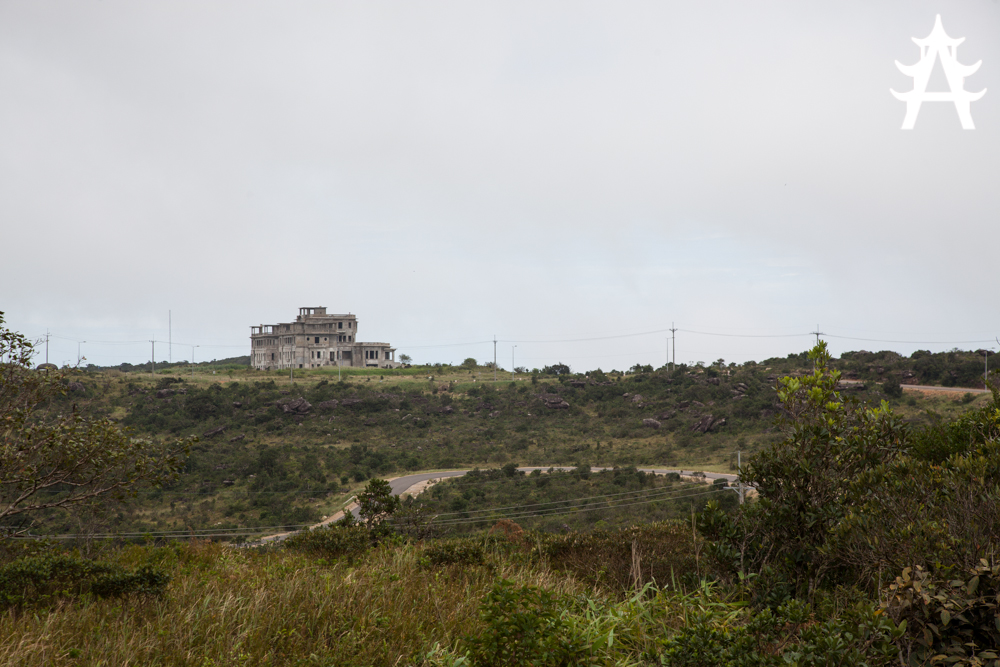 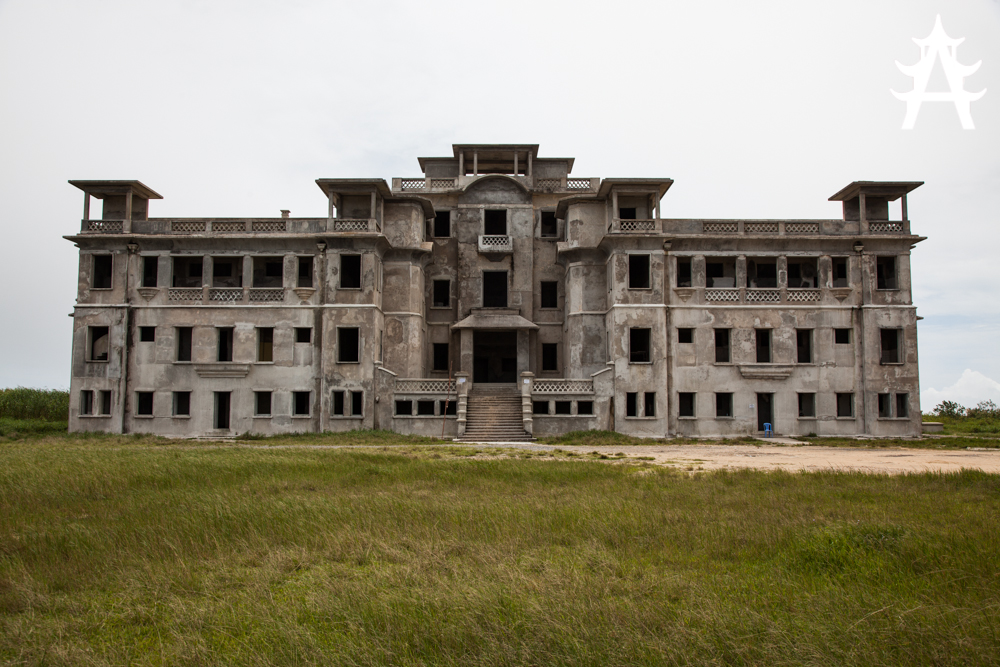 Inside one of the other abandoned houses in the area 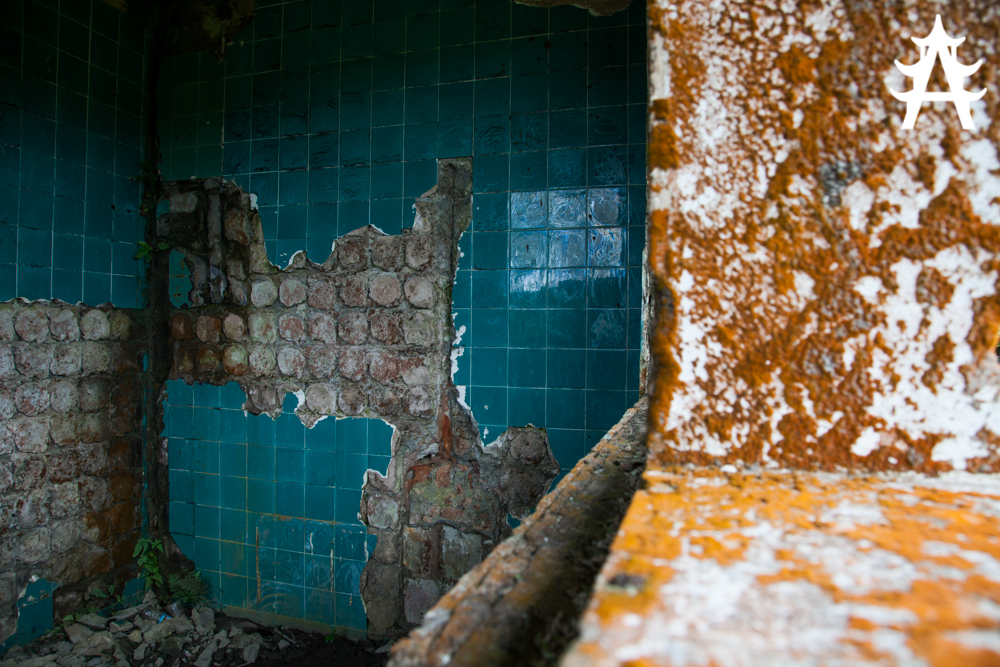 I enjoyed the motorbike ride up there, as well as just relaxing on one of the various panorama points, as the sheer height of the hill gives you the feeling of being away from everything. Its really an amazing place and I am also planning on going back up there tomorrow morning, to catch a glimpse at the sunrise if the weather allows it.