Last week, I published an article about 500px, the upcoming player in the photosharing game.
I received quiet a lot of feedback for that, but one stood  out.
After stating that I “dont have 500px Awesome”, the paid account of 500px and pendant of the Flickr Pro Account, I received a comment of Oleg Gutsol, stating “I’ve upgraded your 500px account, give it a try”.

I did not really know what to think, and contacted Oleg Gutsol, Co-Founder of 500px per email.

He told me, that he had found my article on Google and that I had some valid points in there.
To give me the chance to try 500px Awesome, he upgraded my account.

To not let this great chance go,  I asked Oleg for an interview and he agreed into answering some questions.

Simply click on the Plus, to open the answers. 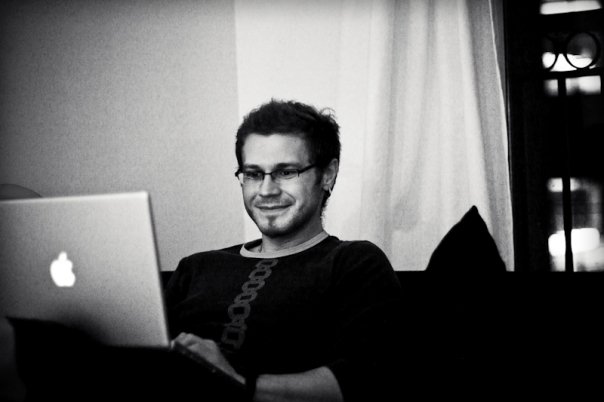 What is your background, what did you do before 500px?

I got interested in computers and software at the age of 9, when I got my first computer. It was a ZX Spectrum and it ran Basic, which fascinated me.

A few years later I discovered the internet and was blown away by it.
I was always interested in art and design and, having a passion for computers and internet,

I started designing and developing websites. 6 or so years ago I got into photography and looked for a nice way to present my photos and also learn from other photographers.

There were many places to share photos, but the all seemed like not the ideal solution.
This, eventually, led to doing work with Eugene [Ian Sobolev, the Co-Founder of 500px], who started 500px as a photo community out of LiveJournal in 2003.

When and why did you decide to create 500px?

We were looking for a website for photographers and people interested in photography, where you could get inspiration, share knowledge and experience and show your work.

Eugene [Ian Sobolev, the Co-Founder of 500px] actually started a community in LiveJournal, which he called 500px.

The idea behind the community was that you could post your best photos, they would be pre-moderated and approved before everyone could see them, and the photos had to be 500 pixels wide.

At that time (circa 2003), 500 pixels seemed like a good size for a photo, since the monitors were way smaller.
The community was growing, but it was limited in a way, since it relied on moderators to go through the content and approve or deny it — not a very scalable model.

So, we decided to rethink the idea, launched a new site and opened it to everybody.
We developed algorithms that would select the best photos constantly, so we no longer had to rely on moderators.

As to why we created it — we were looking for a website for photographers and people interested in photography, where you could get inspiration, share knowledge and experience and show your work.
And everything that existed at that time did not quite seemed to fit.

How did you promote this project, how did you make it become as big as it is today?

We barely promoted the project, since we had very limited resources.
Mostly, our users spread the word, brought it their friends and followers from other social networks.

In how far were you influenced by Flickr? Are or were you registered on Flickr for research?


We did not set out to compete with or beat Flickr[...]. We strive to bring the best photos under one roof.

I would say that we are not influenced by it.
We did not set out to compete with or beat Flickr.

Flickr is a great photo sharing site, built by talented people, and it serves its purpose very well.

We are building a community of photographers and tools for these people to be better at photography.
We strive to bring the best photos under one roof.

I am registered on Flickr, but I don’t use this account, because I could not quite figure out what to use it for.

Are you considering Flickr as a direct competitor, or do you rather see 500px as a different kind of service that can and shall coexist with Flickr?

No, I think we are not a direct Flickr competitor.
Both sites work with photos, but in different ways, which may have some overlap, but I think our audience is different from Flickr’s.

What is the difference between 500px’s audience and Flickrs?

I can only guess about Flickr’s audience, but what I know is that a lot of our users are into photography, like taking photos, want to improve their photo skills and take better photos, want to show and share their work with the community.

I would like to stay away from comparison to Flickr, since we are not trying to be a “better Flickr”, we are being 500px, the best photography online.

Hard Data? How many users and photos are on 500px yet?

We have about 150K users and over a million photos.

How many hours are you working a week?

Lot’s of work, but we love what we do, so it is not a problem

500px really has a very high percentage of impressive, awesome and fascinating photography. What are you doing to prevent a drop of quality on the site?

We encourage users to upload only their best photos.

We also developed a system that discovers and promotes the good photos, so far it works pretty well.

As I already mentioned in my article about 500px and Flickr, I feel like 500px is not supporting social interaction as much as other photosharing sites or communities do. Is this subject to change or a decision that has been made purposely?

With one developer and one designer you can only do so much.

Having limited resources, we concentrated on the minimum we could do, so there are many things that we just did not have the time to do.

Now, we are building our technical team and there are a lot of interesting and exciting features that you will see soon.

Can you give a small peak into the features that will be available soon?

Some of them I can. We are working on the API currently, so that other application can interface with 500px.

And there are also multiple bugfixes and improvements to the current set of functionality :)

Thanks to all our users, their love, support and understanding.

Thanks to Oleg Gutsol, for patiently answering my questions and of course for the free 6 months Awesome Account.